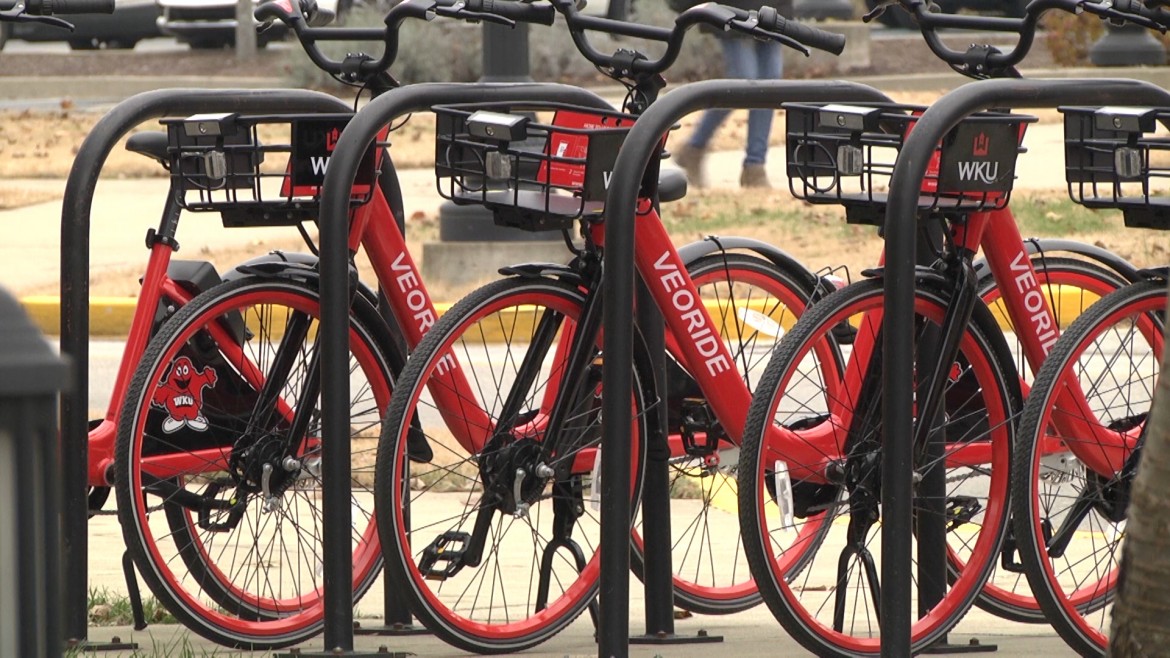 VeoRide gave notice that they are refocusing their efforts to markets that are focused on multi-modal fleets centered on eScooters and eBikes, and will be ceasing their bike-share services at WKU at the end of February.

The bike-sharing service had launched in Fall 2018, and had been reportedly well-received by WKU students.

In a press release by the university, Jennifer Tougas, WKU’s Director of Parking and Transportation Services, said she was saddened by VeoRide’s decision, and is looking for ways to bring other services to campus and the community.

“We know students have enjoyed having the bike-share service on campus,” she said in the statement. “WKU is reaching out to the City of Bowling Green to see if there is an opportunity to partner with them on a request for proposals for a comprehensive micromobility solution that would serve both WKU students and Bowling Green residents.”

Tougas also said they are looking to see how a national trend of micromobility solutions could best benefit the community.