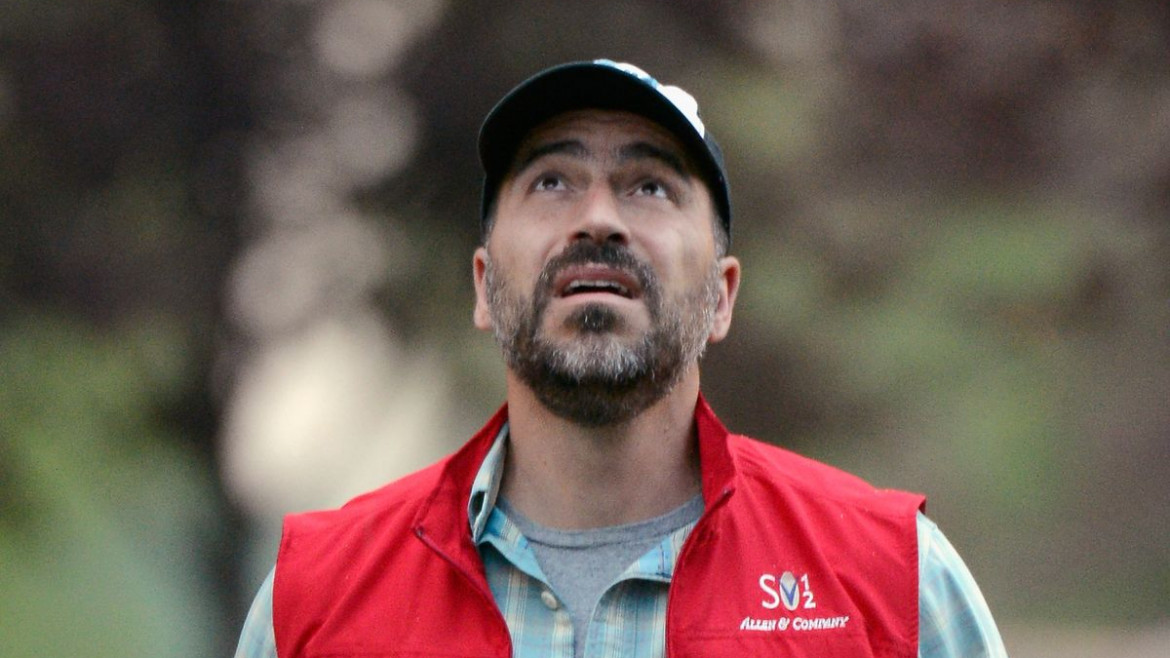 Uber’s CEO Made a Huge Mistake, and It Just May Signal the End of Uber

Just one week ago, a decision went into effect at Uber that will have major consequences for years to come:

Co-founder and former CEO Travis Kalanick resigned from Uber’s board of directors, essentially cutting ties with the company he helped build from scratch.

Of course, the writing for this was on the wall for a long time. Kalanick was essentially forced out of his position as CEO back in 2017, following a string of scandals and bad PR that convinced investors a change in leadership was needed. Kalanick was replaced with former Expedia chief executive Dara Khosrowshahi.

While mostly cordial when facing the public, Khosrowshahi and Kalanick butted heads behind closed doors. Then, when the company went public in May, Kalanick wasn’t allowed to join the bell-ringing ceremony on the New York Stock Exchange. This was a huge sign of disrespect to the man who had invested years of blood, sweat, and tears into building this company.

In the months that followed, Kalanick sold all of his stock in the company. By exiting the board, he’s now, in effect, “washed his hands” of anything to do with Uber.

Khosrowshahi was in a unique position to help stop this from happening–and he should have done all he could to keep Kalanick on board. Because by allowing Kalanick to walk away, Khosrowshahi lost more than experience.

He lost a key part of Uber’s heart and soul.

Uber’s fall
When Uber burst onto the scene, it appeared to be a true disrupter. In just a few years, the ride-hailing giant sent taxi companies, insurance firms, and regulators alike scrambling to adjust to a business model that came out of nowhere.

But in 2017, Uber’s budding empire began to crumble: a viral blog post from a former Uber engineer detailing a web of harassment, deception, and career sabotage at the company. A story in the New York Times that accused Uber of spying on competitors and deliberately trying to deceive regulators. A leaked video of Kalanick, Uber’s CEO at the time, cursing out one of his own drivers after being challenged over falling wages.

In the end, Uber investors decided that the company needed new leadership. Kalanick resigned shortly thereafter, and was replaced by Khosrowshahi.

“What got us here is not what’s going to get us to the next level,” Khosrowshahi told employees at his first all-hands meeting.

Khosrowshahi may have been right, but he too has struggled to get Uber to “the next level.” The company’s market cap has dropped almost $30 billion since going public in May. And it continues to bleed billions of dollars in losses a year, with no clear plan to profitability in sight.

There’s no question Kalanick needed to step down. In fact, I even wrote an open letter to Kalanick at the time, suggesting he consider doing so.

But I also said that this action could prove to be a huge path to personal growth for Kalanick, with the idea that after enough time had passed, he could return to lead Uber again.

Case in point is a very interesting letter Kalanick wrote to Uber employees shortly before he stepped down. It’s a letter few people have read, and most have never heard of.

The letter that could have changed everything
In 2017, right in the midst of Uber’s most severe challenges, Kalanick was suddenly confronted with a severe tragedy: His parents experienced a freak boating accident, leaving his mother dead and his father seriously injured.

Kalanick immediately took a leave of absence from Uber to look after his father. It was shortly thereafter, while his father was in the hospital being treated for his injuries, that Kalanick penned a long and heartfelt letter to his team. (The letter was acquired by Gizmodo and published over two years after it was written.)

In the letter, Kalanick admitted to his leadership failures.

“When Uber took off, for the first time in my life I was leading an organization that wasn’t on the brink of failure each day,” wrote Kalanick. “In just the last three and a half years, our service and our company has grown at an unprecedented rate…As we grew, I held on to too many things that helped me survive and build a great company, but at scale became ever-increasing liabilities.”

Kalanick went on to outline specific areas he felt the company needed to change, and how he planned to do so. This included reexamining, reinterpreting, and renewing company values that had been misappropriated, misinterpreted, and even “weaponized.” Kalanick also spoke about making changes to the leadership team, which included hiring a new COO to partner with him, along with a new SVP of Leadership and Strategy.

Kalanick also promised to start building a culture of accountability, one that put people first and better supported what he called “the heart and soul” of Uber–the drivers.

“Putting people first means not viewing every interaction with a rider or driver as a transaction, but as a relationship–something we’re committed to investing in for years to come,” wrote Kalanick.

“Transforming our culture will take time, but we’re committed to investing in making Uber a great place to work, for as long as it takes. This is just the start.”

Were these all just empty promises? Or was Kalanick truly dedicated to change?

The truth is, we’ll never know–because shortly after Kalanick penned this letter, he was forced to resign.

But one thing we know from psychology is that major tragedy often proves to be the catalyst for major habit change. In other words, a severe injury or the death of a loved one will often inspire us to do things differently.

I don’t know if Uber’s board ever saw Kalanick’s letter. But while stepping down at that time gave Kalanick a huge opportunity to learn and grow, the board and Uber’s new CEO could have benefited by giving Kalanick the chance to continue as a guiding force for the company he helped build.

Because Uber needed Kalanick just as much as it needed Khosrowshahi.

Why Uber needs both
Khosrowshahi brought along much of what Kalanick was looking for. Some of the new CEO’s early moves showed signs of high emotional intelligence–the ability to invest in people and build relationships.

But Kalanick had something that Khosrowshahi didn’t: Kalanick had the enthusiasm, the passion, the belief that Uber could really transform the world. If you watch Khosrowshahi’s interviews, you don’t see that same excitement. And that’s to be expected–you simply can’t replace a founder’s passion.

That’s exactly why Khosrowshahi was brought in–to rein in Kalanick’s enthusiasm, to bring calm to the storm. But as time went on, it became clear that Uber needed both Kalanick and Khosrowshahi to increase its chances of success.

This article was supposed to be different. It was originally going to be a sort of open letter to Khosrowshahi, encouraging him to try and restore the relationship with Kalanick, and to give him a greater role.

But as Kalanick started selling his stock, it became clear he no longer viewed himself as a part of Uber.

Not this Uber, anyway.

Still, all is not lost. You might remember another founder/former CEO who was pushed out of his company. A founder who was stripped of control, then sold (almost) all of his stock in the company he helped build from the ground up.

That founder went on to build great things. Eventually, the company even asked him back. He regained his position as CEO, and proceeded to lead one of the most remarkable turnarounds in history.

The company, of course, was Apple. And the founder was Steve Jobs.

Kalanick seems to be following the same path. He’s already founded a new company with lofty goals, a startup named CloudKitchens. With CloudKitchens, Kalanick is hoping to produce cheaper food for delivery, cutting costs for restaurants who want to ramp up delivery efforts. Since CloudKitchens don’t have a storefront or seating area, they can take advantage of locations in neighborhoods with lots of paying customers, and where property is inexpensive.

Sounds like something that could align well with Uber Eats, doesn’t it?

I wish Kalanick all the best in his new endeavors, and I hope CloudKitchens turns into something very successful.

I also hope he continues to learn and grow along the way.

And I hope someday, once enough time has passed, Khosrowshahi and Uber’s board will consider bringing Kalanick back–and together they can build something great.

If not, we may look back at this moment–as the beginning of the end for Uber.