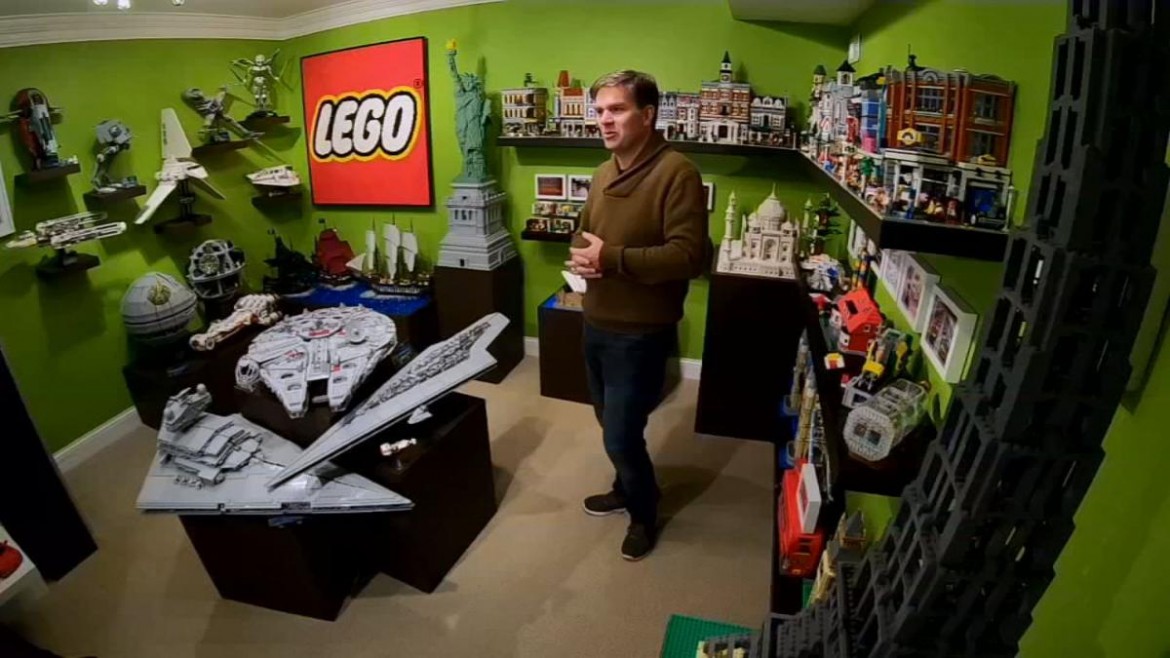 As LEGO fans unite at the weekend’s BrickUniverse Convention in Louisville a local man is showing off his inner-kid hobby.

By trade it is known Chip Polston talks about the Kentucky Lotto.

“Started doing lottery drawings 27 years ago, and have been the spokesperson for 16,” Polston said.

By night, not many know he is often playing with LEGOS.

It is a childhood hobby Polston said he picked back up when he had kids of his own. His kids may have eventually outgrew the hobby, but not him.

“The interesting thing about LEGO to me is just really its simplicity. At the end of the day it’s plastic bricks that you’re putting together,” Polston said. “You can take those and you can build these amazing things.”

“It really is a way to kind of eliminate stress and get into the middle road again of life,” Polston said.

His pastime became so positively addictive, he went from a few LEGO sets to a room full. Showcased in his LEGO room, you will find Star Wars’ Millennium Falcon, the Statue of Liberty, the Eiffel Tower, the Taj Mahal and that is far from all.

Polston said he has so many sets it is hard to keep count.

“There are easily 5,000 bricks in that Statue of Liberty. There are about 7,000 in the Millennium Falcon,” Polston said.

Thousands of pieces that have taught him the history of LEGO, and have taken him places he never thought he would go.

“Last year I actually went to Billund, Denmark which is the home of LEGO. Four times a year they open up to what they call a fan tour where they will take you to the originator’s house. You get to go in the underground vault where there’s a copy of every LEGO set ever made,” Polston said. “The whole thing was overwhelming. It really was. I found a set there that I had gotten for Christmas when I was about 11-years-old.”

The pastime keeps his inner child alive and it is one he is now sharing in hopes of helping others do the same.

“Bringing people in and seeing their reaction to it is what I really enjoy,” Polston said.

Polston said one day he may put his collection in a public place for all to see.