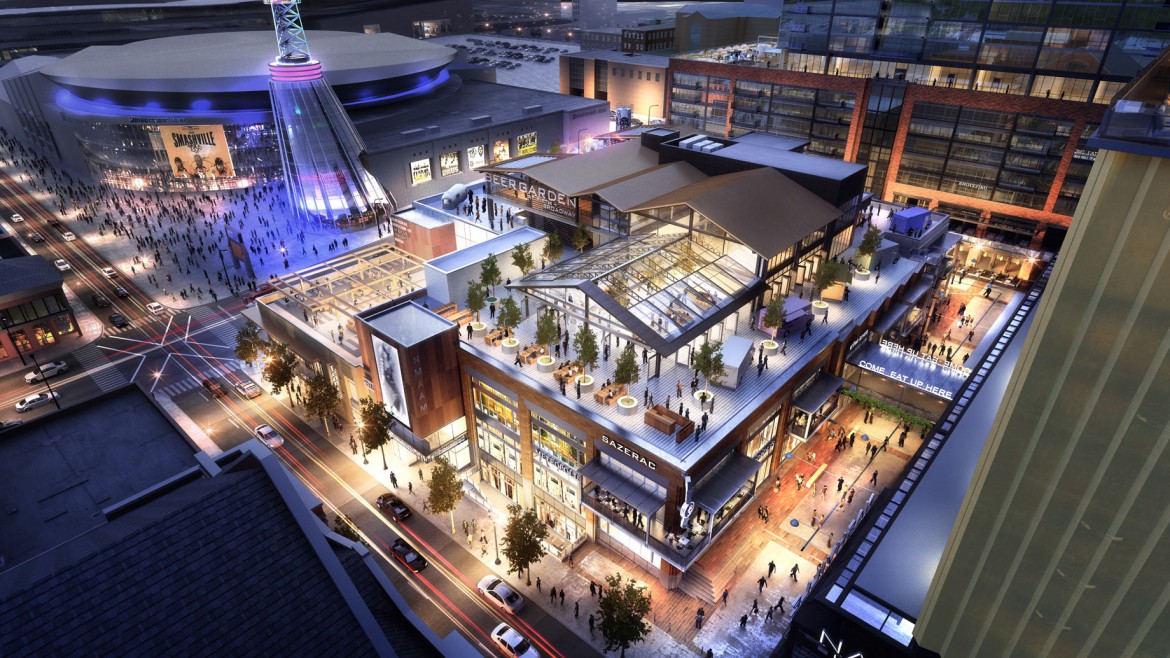 Four more food vendors that will be moving into Nashville’s downtown upcoming Assembly Food Hall have been announced.

Thai Esane, Steam Boys, Smokin Chikin and The Liege Waffle Co. will join the list of more than 20 local and regional restaurant partners that will open up at the Fifth + Broadway development.

The multi-level food hall will open in the fall as part of the 200,000 square-foot project downtown. Fifth + Broadway will house retail and entertainment space, the National Museum for African American Music, office space and residential units.