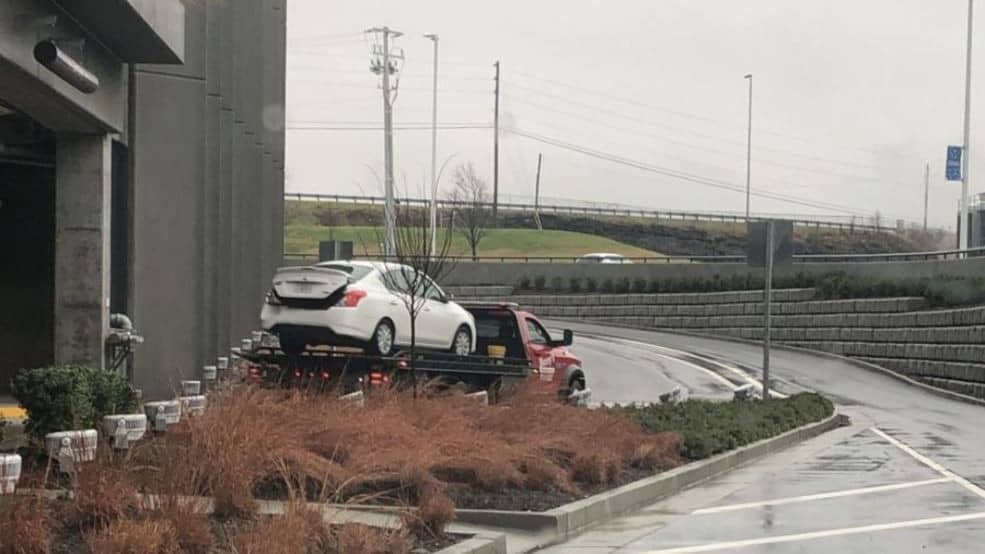 Metro Nashville Police and the Nashville Fire Department are on scene of a crash involving a pedestrian at Nashville International Airport.

Police say a man was struck by a vehicle then pinned in between two vehicles at the terminal side of the airport. Family members who have reached out to FOX 17 News say the man suffered injuries to both legs and bruised ribs. He was transported to the hospital for treatment.

Family members say the man is a Lyft driver who was at the airport picking up a client. While he was putting the client’s baggage in the car, he was struck by a vehicle, pinning him between the cars.

Nashville International Airport PIO Kym Gerlock added the crash took place at the ground level of the BNA Terminal Garage. Gerlock confirmed the man was at the rear of the vehicle when he was hit by an SUV behind him and transported to Summit Medical Center.

The crash does not appear to have impacted airport operations and we are awaiting a statement from the airport.