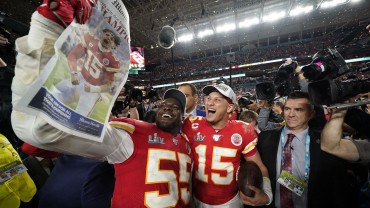 How Much to Take an Uber after Super Bowl to Miami Beach? Price Maxed out at $335

Rideshare prices surged as the Super Bowl ended on Sunday night — a one-way trip to South Beach from Miami Gardens reached $335 for an UberXL at 11:30 p.m. — but that’s not all that upset fans leaving Hard Rock Stadium.

It was the walking, the confusion and the lack of supply to meet their demand.

At Uber’s Dallas Office, These Twentysomethings are Recruiting Up to 30 New Co-workers a Week

On Wall Street, Uber Technologies is struggling to prove itself to investors. It’s gone through several rounds of layoffs as it matures into a company with annual revenue in excess of $11 billion.

But in Dallas, the company is in a markedly different stage: start-up mode. It’s hired the first 150 employees for its new Deep Ellum hub from about 1,000 applicants.

If there were ever any doubts that the seasonal SoKY Ice Rink had gained traction after four years of operation, the cold, hard numbers from the season that wrapped up Jan. 5 should put them to rest.

The seven-week season that featured both youth and adult hockey events and a popular skillet curling tournament along with plenty of special events and family skating accomplished something that none of the three previous seasons had: It finished in the black.

Step 2: I Mostly Drove on the Weekends

During the last two months of my Uber career, I mainly drove on the weekends so I could have five days off in a row (to pursue other life goals). I made Saturdays and Sundays my driving days, but I…

Here’s When You Can Expect Uber, Lyft Price Surging in Miami during Super Bowl Week

How much will an Uber or Lyft cost you during Super Bowl week?

Based on last year’s Super Bowl in Atlanta, Uber and Lyft say they’re expecting ridership demand to pick up starting Thursday and through Super Bowl Sunday.

It’ll also be prime time for price surging, especially right after the game. 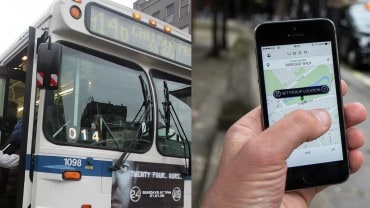 Boston is the only city in the country where Uber has rolled out the new feature, which allows customers to track arrival times.

Uber customers will now be able to track the arrival times of public trains and buses in the ride-hailing app when the company taps Boston as the first city in the country to roll out a new feature.

Uber is Retooling its App for California Drivers. Lyft Isn’t

In response to a new California law that took effect at the start of this year and has the potential to upend numerous on-demand companies, Uber has pushed out changes for drivers in the state that would once have been unthinkable: capping service fees that go to Uber, boosting fare transparency and even testing the ability to set their own fare.

But other companies — including Uber’s biggest ride-hailing rival, Lyft — have been curiously silent, apparently opting for business as usual. 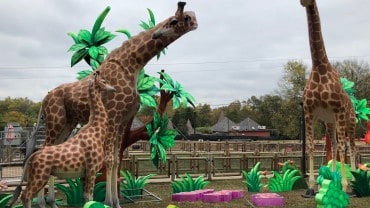 Nashville International Airport has a new greeter – a two-story tall giraffe in the rental car area.

The Nashville Zoo installed the giraffe, created by Dorand Design Studios, overnight on Jan. 9 in hopes to draw more attention to the Zoo. The giraffe is accompanied by a few pieces of luggage and signs directing toward Nashville Zoo and Kenya. 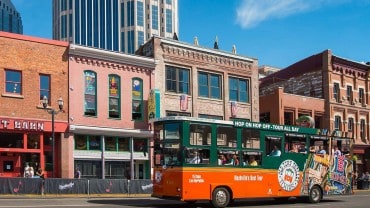 A record 16.1 million tourists visited Nashville in 2019, an increase over the previous record of 15.2 million set in 2018, according to data released Jan. 27 by the Nashville Convention & Visitors Corp.

To end the year, the NCVC said Nashville’s annual New Year’s Eve event produced $26.6 million in direct visitor spending. More than 200,000 people attended the event, up from the previous year’s estimate of 175,000 to 200,000 attendees.